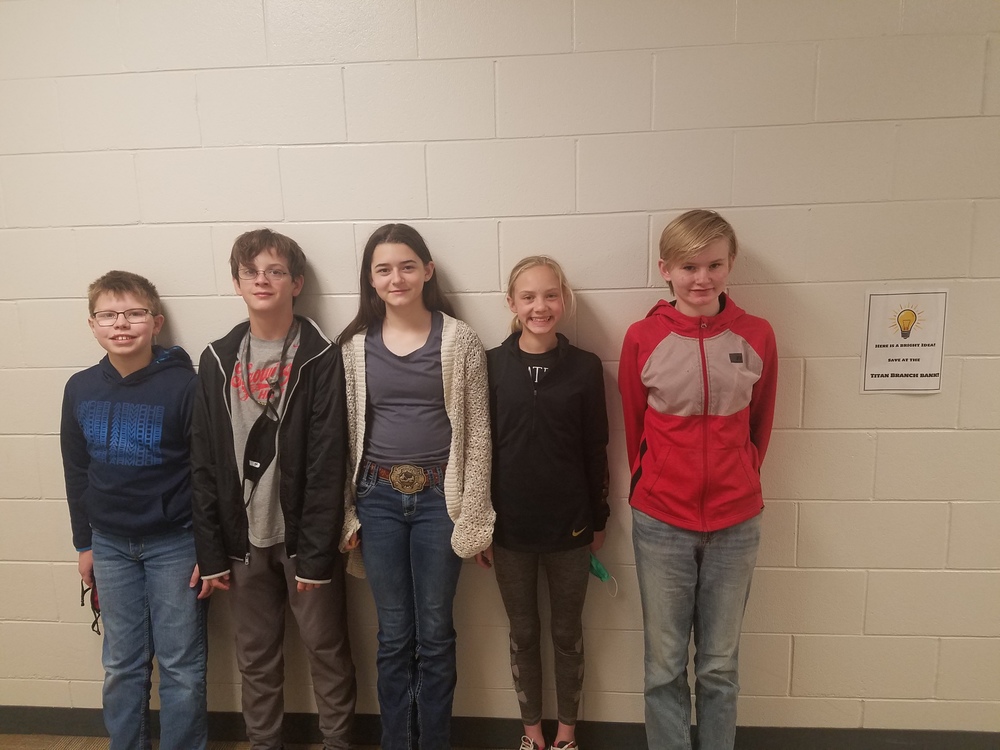 In 6th Grade Social Studies, it has become a tradition for the students to participate in the Stock Market Game. The Stock Market game is a state wide competition in which each student is put on a team. After each student is put on a team, they buy stocks in different companies that are popular or that are doing well with their stock prices. To start the game, each team has $100,000 put into their team account and each team’s goal is to make a profit off of the companies that they have invested in.

After the first week or so after making investments, each team finds out where they are ranked not only against Thayer Central students, but also students from different schools across the state of Nebraska. The spring Stock Market game starts in the middle of January and just finished up on April 9th.

In this year’s competition, we had a team that finished in 9th place and those team members are Paige Tietjen, Alex Hammer, Keirsten Heinrichs, Alicia Workman, and Wyatt Rose. This team was able to make a profit of a little over $5,000 with the companies that they have invested in. A few of the companies that teams decided to invest in were Amazon, Apple, Zoom, and Tesla.

The idea of investing in a company is something that these 6th graders can take with them for the rest of their lives, and it really has been a fun and interesting learning experience.

In the past, we have had great success in this game and it also is a great learning experience for the 6th graders. We are very thankful that we are able to participate in this game each year and compete against teams from across the state.