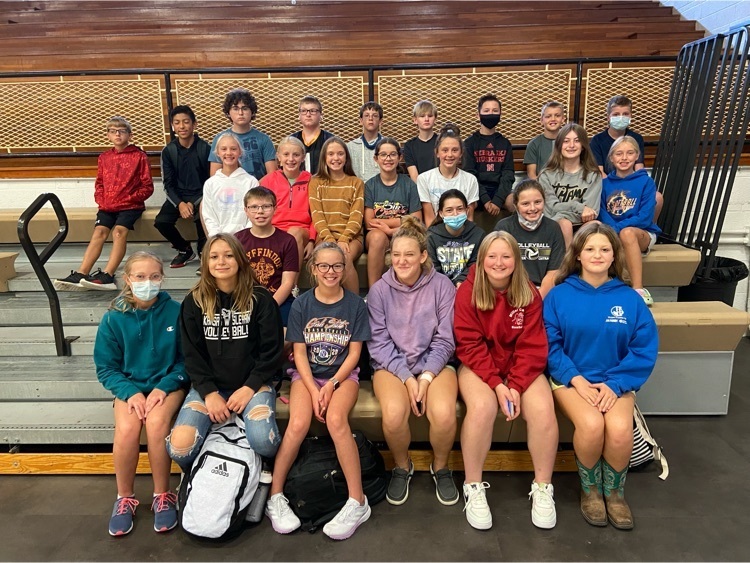 Thayer Central’s  7th grade students have something to be proud of.  Not only are they surviving their first few weeks of junior high, but last year, they created lyrics to our Titan Fight Song! This began as a project in music class, and ultimately turned into official lyrics to the Titan Fight Song.

These catchy lyrics may sound simple, but getting them just right was a process. During class, students listened to various college fight songs and songs from other schools in the area and noted themes that kept popping up. Some ideas carried over to our song and some, like the song mentioning only football, didn’t make the cut.  Students then created a list of things that were special about our school. It became clear early on that “The Titan Way” should be included somehow. They narrowed down the list and then started listening to our particular fight song tune. Once they could hum it in their sleep, students started to write in phrases that fit with the rhythms in the song. It was a long process of editing and voting and trying to get the words to fit just right, but through it all students did a wonderful job of hearing everyone’s ideas and not being too attached to their own if something else was better. Class representatives presented our final version to Mr. Wiedel, the high school student council, high school administration, and ultimately the school board and the lyrics were officially approved!

These 7th grade students came up with a really fantastic way of celebrating their school and will be singing along with the pep band at the homecoming football game on September 10. We hope you sing along!

We are the mighty, fighting Titans! Go T-C-S

We are the mighty, fighting Titans, better than all the rest!

We will carry our shield; the Titan way is smart and strong.

Students: from back row L-R