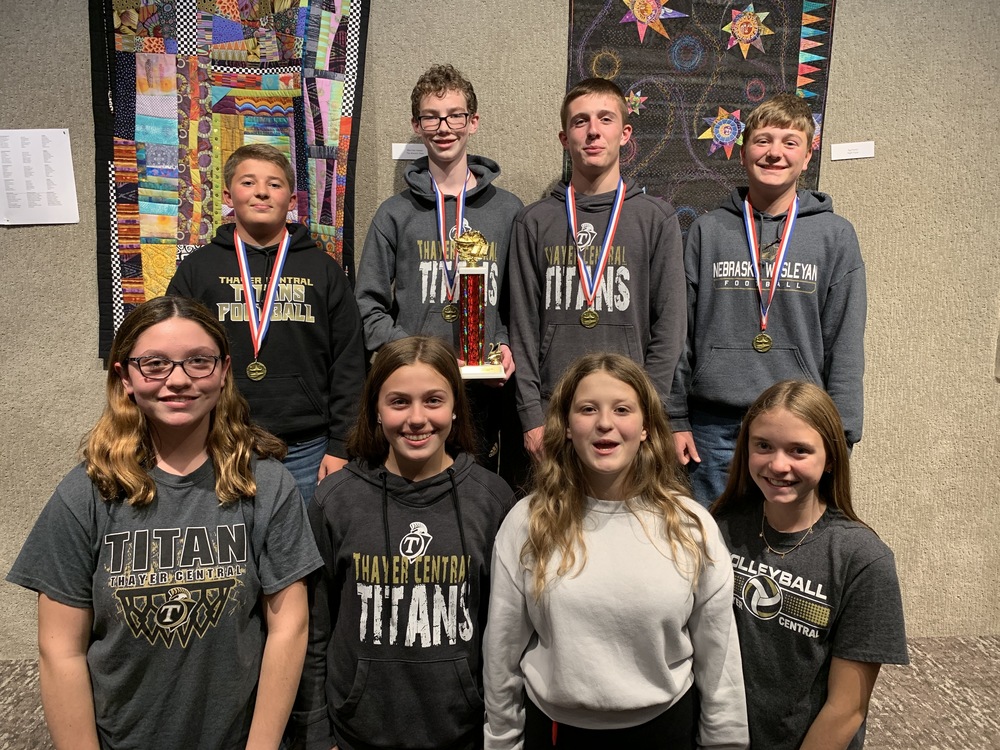 At their first quiz bowl meet of the year, the 8th grade team of Laken Wiedel, Brady Degenhardt, Murphy Sudbeck and Carson McLaughlin made a big statement.  They cruised through the initial rounds with a 3-0 record, averaging an impressive 126 points per match, earning them the #1 seed of the afternoon tourney.  Once in the tournament, this group blew by Shelby RC, Howells Dodge and Oakland Craig to secure a spot in the finals.  There, the championship trophy and medals were earned after a 145-125 win against St Joseph Catholic.

A second team of Titans, Katelynn Rogers, Addie Marsh, Mackenzie Hergott, and Braelyn Degenhardt earned a win in the morning rounds, then lost to Oakland Craig B in the first round of the tournament.