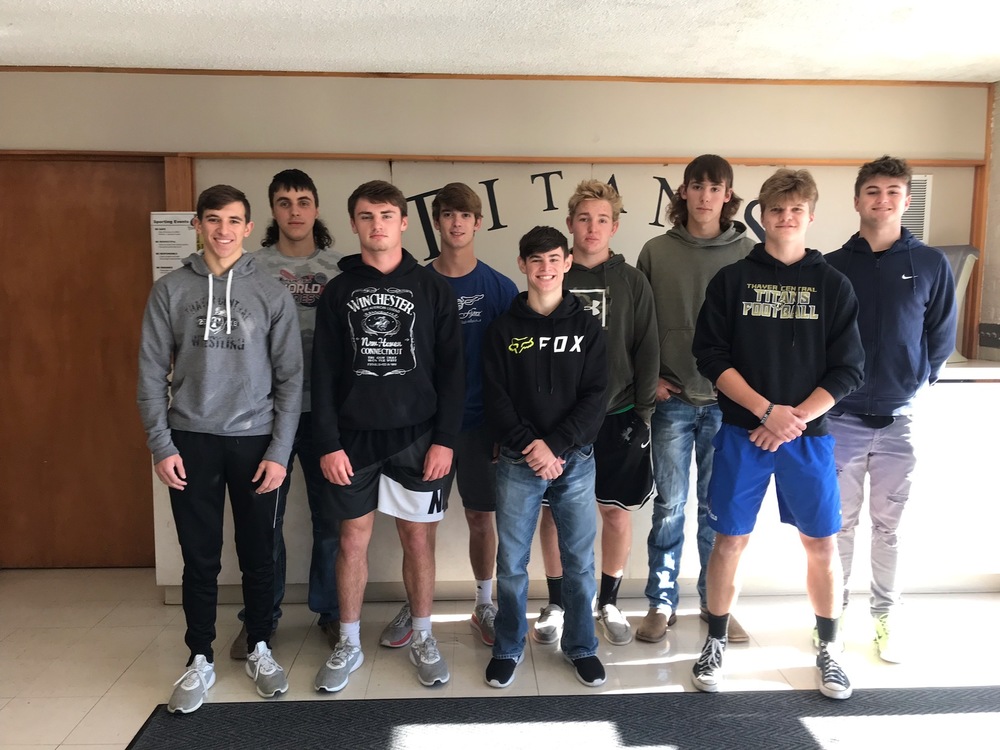 Jordan Mariska, a junior, started as the team’s fullback. He rushed for 220 yards and 4 touchdowns and also caught 22 passes for 246 yards and a touchdown. Brenner McLaughlin, a senior, was the starting QB this season. He completed 61 of 119 passes for 933 yards and 11 touchdowns. Junior Triston Wells was a starting defensive back, making 54 tackles and intercepting 2 passes. Junior Duncan Wiedel was the team’s starting center and defensive end. On defense, Wiedel had 28 tackles and 2 tackles for loss. Jayden Hissong, a sophomore, started at tight end and defensive end. He caught 7 passes for 115 yards on offense and had 38 tackles and 3.5 tackles for loss on defense.