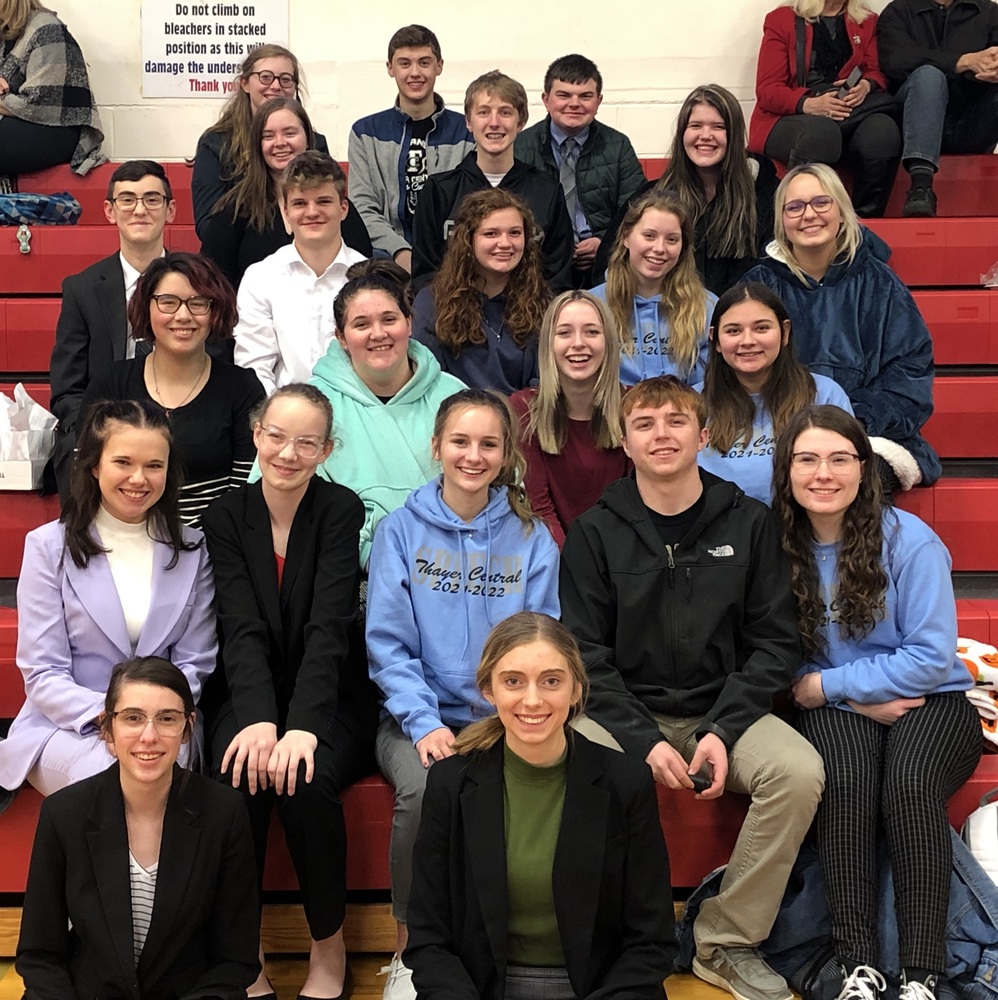 On Saturday, February 5th, the Thayer Central Speech Team was one of 34 schools to compete at the Annual Aurora Speech Meet.  Schools in attendance ranged in size from Class B to D2.  Over 450 students in more than 540 entries competed on the day.

The Thayer Central Team came to show their own talents off and they did just that.  Leading the way for the Titan Talkers was Senior Jasa Wiedel, who won the Varsity Persuasive Event for a second time this season.  Junior Beth Poisel earned 5th in Varsity Entertainment.  Junior Jordan Mariska won 8th in Varsity Extemporaneous Speaking, head of teammate Junior Krista Hartley, who finished in 14th.  Senior Megan Lukart took home 9th in Informative.  On the Novice side, the Titans medaled Freshman Desiree Jaspersen, who took home 6th in Humorous Prose.

“The competition at this meet is always incredible,” said Thayer Central Coach Justin Bomar.  “That’s a big reason we attend this meet – we’re going to be able to learn from some of the best in the state.

Thayer Central will next compete in the Grand Island Central Catholic meet on Friday, February 11th before finishing out their regular season at Sutton on February 19th.