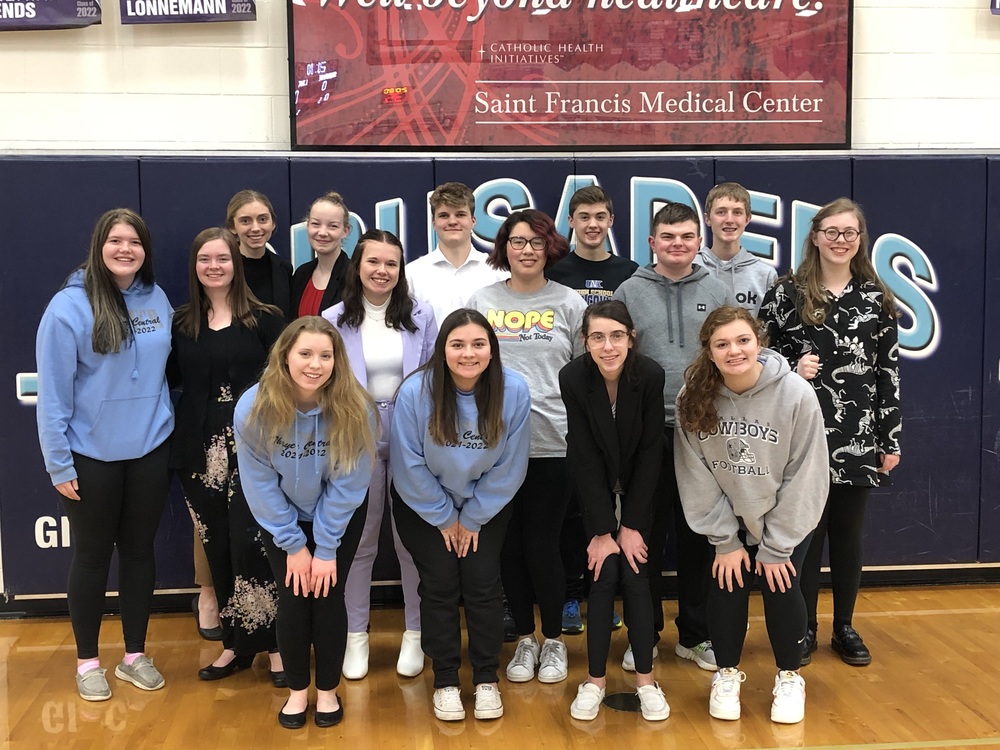 On Friday, February 11th, the Thayer Central Speech Team took time to compete in the inaugural Grand Island Central Catholic Speech Meet.  With over 20 teams in attendance, the Titan Talkers walked away with 4th place in the overall team standings.

“The team stepped up this week for sure,” said Thayer Central Coach Justin Bomar.  “We really hammered out some great practices this week and saw a huge boost in confidence, which is never a bad thing as we come down the final stretch of the season.”

Thayer Central will next compete at the Sutton Mustang Invite on Saturday, February 19th, before heading to Milford for the Southern Nebraska Conference Meet on February 26th.