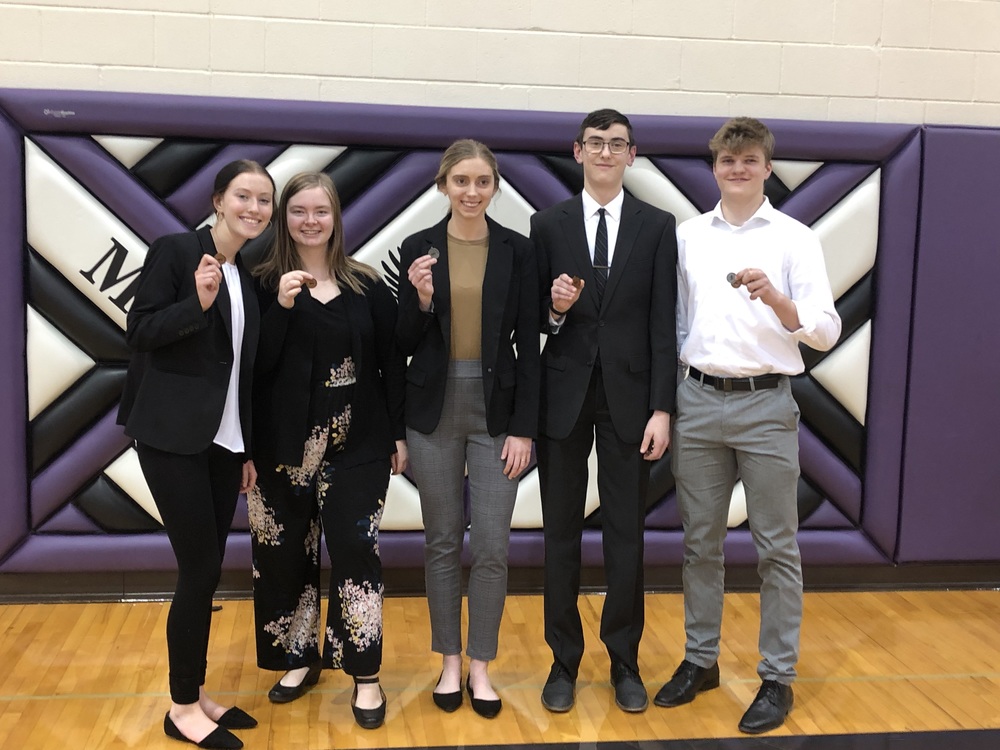 February 26th proved to be a busy final Saturday for the Thayer Central Speech Team, taking competitors to two different meets at the same time.  No matter where you looked, though, the Titan Talkers found success.

In team sweepstakes, Thayer Central finished in 4th place.  Winning the meet was David City, with 300 points, followed by Fillmore Central and Sutton.

“This weekend was about getting refreshed,” said Thayer Central Coach Justin Bomar.  “We don’t see all of our conference schools often and we’ve never attended the McCool meet before.  The experiences were challenging, but that’s exactly what our team needed at this time.”

Thayer Central will begin their post-season with the C2-4 District Meet at McCool Junction on Friday, March 4th.  Then the C2 State Meet will be at Kearney High School on March 17th.