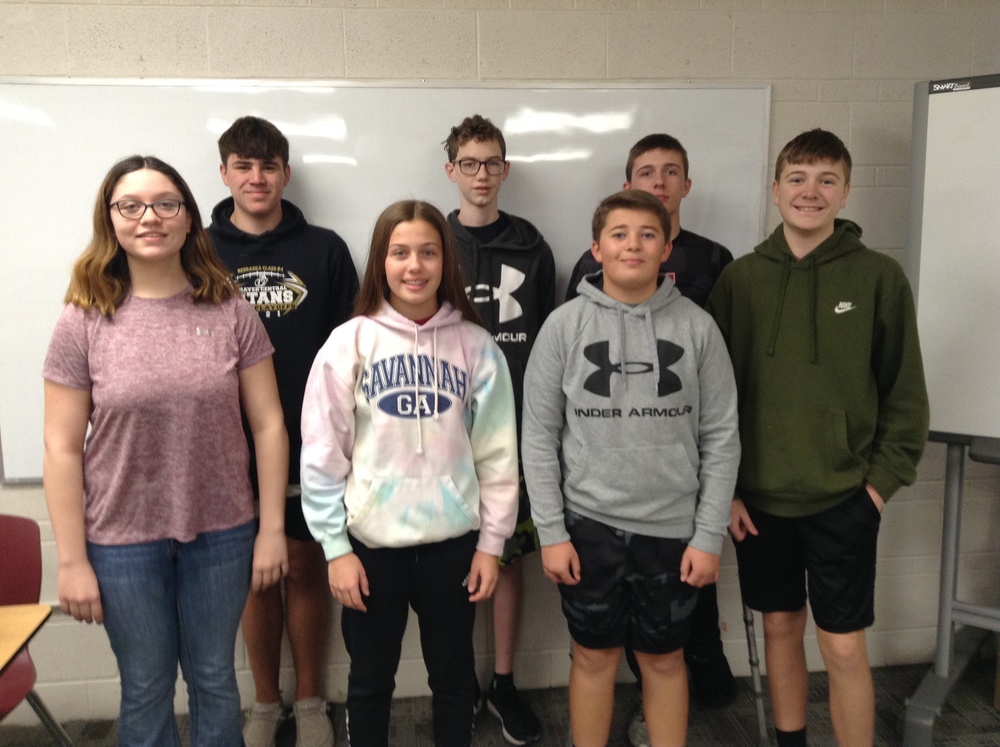 Thayer Central played host to 18 other schools at the annual TC JH Quiz Bowl Invite on February 28th.  This contest allowed 7th grade teams to play against other 7th grade teams, while 8th graders also competed against each other.  Because of the large number of participating schools, the teams were divided into two pools for a round robin competition.

Playing in the large school, Pool A division, the Titan 7th grade quiz bowlers were able to walk away with a 3-4 record, finishing in 5th place.  Members of this team include Addie, Jocelynn, Anessa, Ava and Mackenzie.

Eighth graders finished their round robin with an impressive 6-1 record.  They, along with 2 other schools, had 6-1 records, which meant that the tiebreaker of total points scored during the contest decided their placing.  In the end the bronze medals were award to the Titans, having only 50 points (5 questions) less than the first place team.  Team members include Laken, Cole, Carson, Brady, Katelynn, Braelyn and Murphy.

The junior high quiz bowers will wrap up the remaining season with meets on March 16 at Lawrence Nelson, and April 6th at Seward.