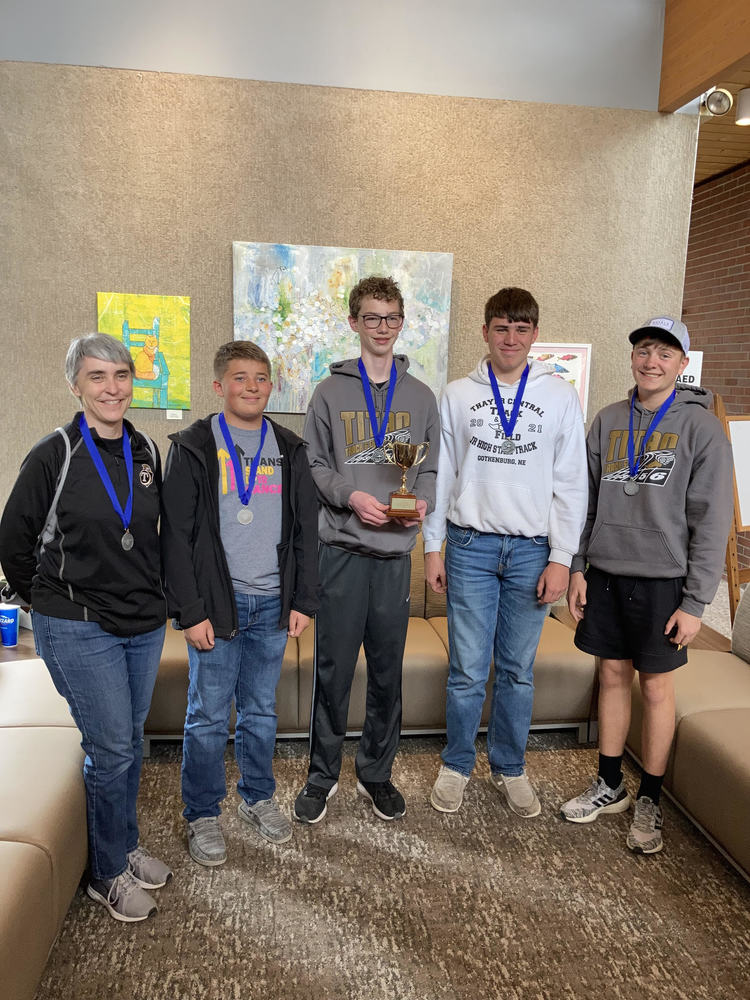 The Seward Civic Center was the site of the annual Education Service Unit #6’s Middle School Quiz Bowl on Wednesday, April 06, 2022.  It was a general knowledge quiz bowl and open to all middle schools in the ESU #6 region.

The teams were divided into three divisions-Division I (Large), Division II (Medium) and Division III (Small) based on enrollment.  The morning tourney featured a Round Robin Tourney, placing the teams in the afternoon single elimination-with seeding based on win/loses and points generated.

The first and second place winners in each division won a trophy and individual medals for each team member, donated by the EST #6.