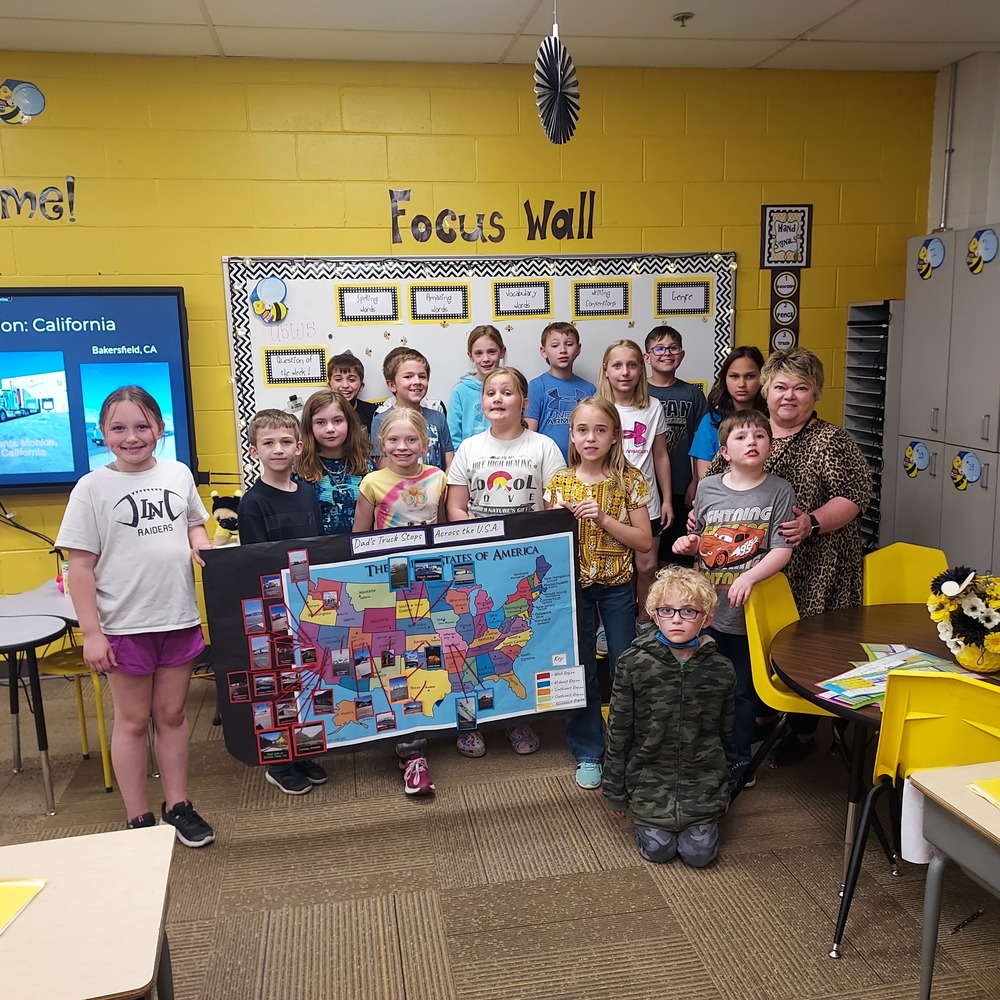 Regions of the United States Project

In Mrs. Heinrichs' room, third graders are busy at work reviewing the various states and capitals in all five regions of the United States for social studies. One student in particular from Mrs. Dodes’ room has made his own personal connection to the topic that is being covered in Mrs. Heinrichs' room. The student’s father is a truck driver and sent pictures of all various pit stops he has made across the United States! These pictures were compiled into both a PowerPoint and pasted onto an enlarged map that he presented to Mrs. Heinrichs’ class. The student loved showing his classmates all the places his father has visited and did an excellent job stating some of these states in his presentation. He has even created little packets of information about some of these states including Florida, Tennessee, and Kansas! We are so proud of him and encourage you to stop by and look at his work down by the third grade rooms. 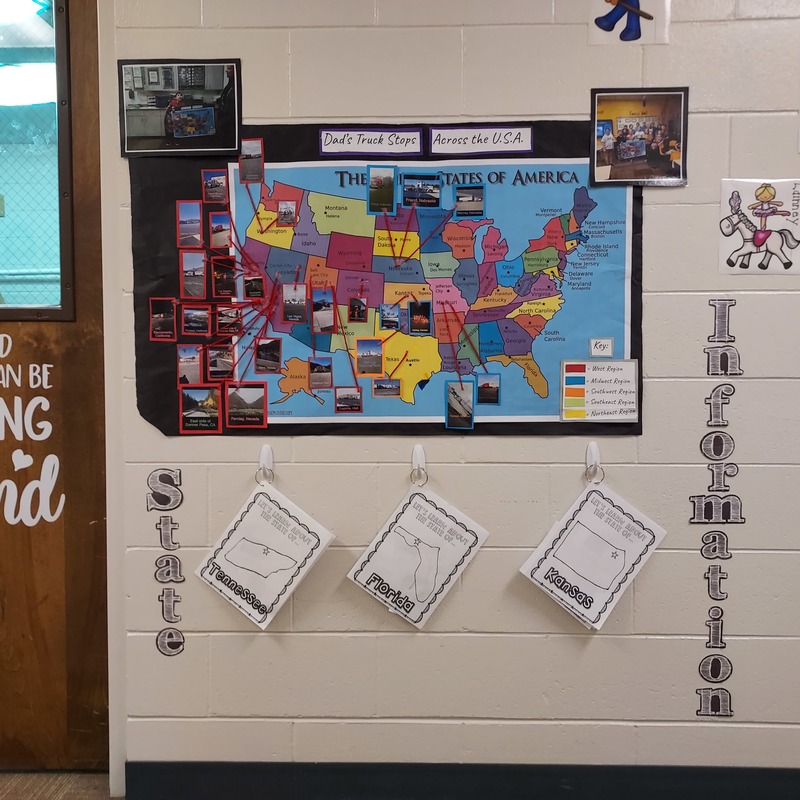 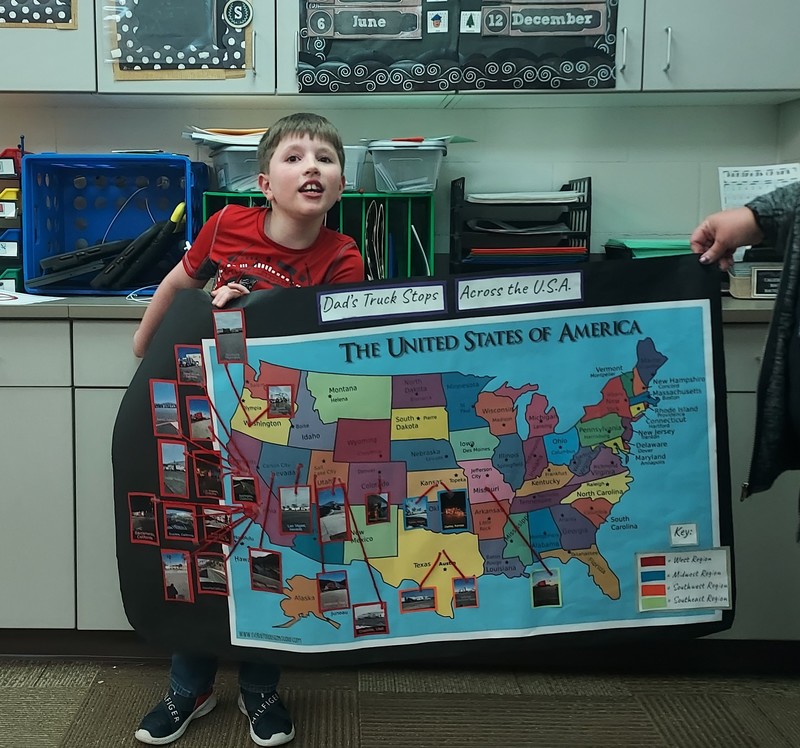